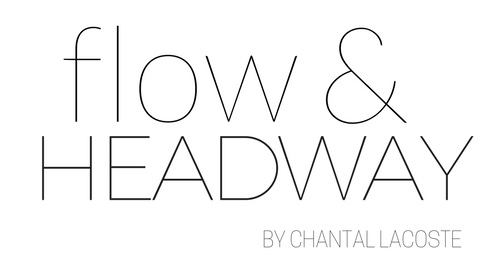 Body Image and the Mass Media

Take a moment to look at yourself right now, what brand labels are you displaying? Are you wearing “Abercrombie and Fitch” jeans? The athletic shoes you own, are they “Nike Air Jordan” brand? Does your shirt say “Hollister” across the front? Do you drive a Cadillac vehicle? Why do we, as consumers, purchase the brand labels that we do? I suggest it is because of marketing strategies. We have become the prey to the marketing firms, and this has made us victims.  Yet, this is a victimization that we embrace. The mass media has shaped our self body image, and what brands we need to display to be successful. This has been intentionally implanted in our psyche, so that marketers can sell us product.  Body image can be defined as; “The internal image a person creates of themselves, and the feelings associated with that image. It is the mental picture that we create of our physical bodies (whether or not it is realistic), and the pride or shame we feel about that image.” Product marketing departments manipulate the shame aspect of our body image, in such a way as to sell products. I interviewed a recovering bulimic, who requested to remain anonymous, but I will refer to her as “Clarisse.”  She stated that; “The images she has observed on television and in fashion magazines affected how she felt concerning her physique.  The effect is so strong that she will not undress in front of a mirror if the room is brightly lit.” (Clarisse, 2012)

Advertising agencies have made a living at finding ways to sell products to consumers. The common saying that “sex sells” may hold true for men, but historically women have been more difficult to market to. Advertisers need another way to “push” women into making a purchase, and they found it in shame and body image.

“Brené Brown, Ph.D., L.M.S.W., is an educator, writer, and nationally renowned lecturer, and a member of the research faculty at the University Of Houston Graduate College Of Social Work, where she recently completed a six-year study of shame and its impact on women. After interviewing over 400 women across the US for her study, she learned that more than 90% of the respondents, age 18 – 80 struggle with body image.

According to Dr. Brown, body image appears to be the one issue that comes closest to being a “universal trigger” for causing feelings of shame. In fact, she observed, “body shame is so powerful and often so deeply rooted in our psyches that it actually affects why and how we feel shame in many of the other categories, including sexuality, motherhood, parenting, health, aging and a woman’s ability to speak out with confidence.”” (Ramirez, 2007)

This “universal trigger” as Dr. Brown labels it, is the key as to why the mass media has so much power to affect our buying habits. The marketing firms realize the more effective the trigger, the more effective the advertisement will be. They understand that if they can make the consumer feel “shame” if they do not purchase the product. The consumer is more likely to purchase the product. Let’s be honest, who doesn’t want shiny, manageable hair, and white teeth? Think about the case of the “miracle bra” as marketed by Victoria’s Secret, as a success in the manipulation upon the insecurity of women.

“Choosy Mothers choose Jif” is a marketing slogan from the 1960’s. Implying that by purchasing any brand, other than Jif peanut butter, a woman didn’t care about her family. This was a trigger to shame a woman into buying the product. The slogan wasn’t “Buy Jif, because it healthier.” This slogan was a direct attack on that woman’s ability to make an intelligent decision. How does the mass media accomplish this same goal in the twenty first century? The advertisers use models that are incredibly thin, washboard abdominal muscles, large perky breasts, bulging arm muscles, high and firm buttocks, and all are unmistakably beautiful. This is the standard that is portrayed as “acceptable.” An article published in the British Journal of Psychiatry (Becker, 509-14), studied the effects of television on adolescent ethnic Fijian girls. Until 1995, the island of Fiji did not have broadcast television available. The study was begun at the time television was introduced, to determine the before attitude of the subjects; then again surveyed girls three years later. This survey was designed to determine the effects of television on body image, and eating disorders. The conclusion of the survey was that; yes, western television programming has a serious detrimental effect on body image of adolescent girls.  Citing that prior to the introduction of television, 0% of adolescent girls had reported self induced vomiting. Three years afterward that rate increased to 11.3% reported self induced vomiting as a form of weight control. Fijian culture is one of those that elevate “robustness” as a desirable trait, as opposed to “frailty.” According to the study; “in 1995 they did not collect baseline data with respect to dieting, as it was rare, in traditional Fijian culture. By 1998, 69% of the study group had reported on dieting to lose weight at some time.” (Becker, 509-14)  This survey shows that exposure to western television programming effects the population in a negative manner. With television bombarding our youngsters, glamorizing low BMI as ideal, bulging muscles, and abnormally large breasts, are the required physical appearances to be successful. It is no wonder that fashion models have rail thin physiques, and are borderline anorexic. As a society, this is what we have been brainwashed to believe, and I feel the mass media has manufactured this image. These “ideals” have been developed in the process of marketing products. In the process of selling products, advertisers will attempt to ignite the trigger of shame by making us feel we are “X”. The expression “X” can be filled with many different adjectives such as; fat, wimpy, pimply, unintelligent, frizzy haired, small breasted, and having body odor just to name a few. These traits are all negative, and by purchasing their products, these adjectives will mystically disappear, we will be popular overnight, and finally land that job with the seven digit annual income. All this, with the small investment of twelve dollar shampoo…isn’t that amazing (Sarcasm intended)?

The Barbie Doll, manufactured by Mattel Corporation recently turned 50 years old. In the 1987-1988 timeframe she underwent some plastic surgery. Prior to this time, Mattel became the point of criticism with respect to the body image that Barbie projected. Protesters used Barbie’s head as a reference, to compare to a real person’s dimensions, and projected dimensions if Barbie was life size. Barbie would be over six feet in height, and weigh 108 lbs. With her body dimensions, she would be unable to stand upright, nor bear children. Her feet had been manufactured to wear high heels…permanently. As a side note, the first flat footed Barbie was manufactured just after the swell in popularity of aerobics, as there was no market for athletic shoes with high heels. Her circumference measurements would be: Bust 46”, Waist 21”, and Hips 36”. According to International Journal of Eating Disorders (Brownell, 295-98), a study using hip measurements as the standard, distortions were different. According to this method, Barbie would be 7’2” tall, 40” bust, 22” waist, and hips were 36”, this is in comparison to a real woman that is 5’2” tall, 35” bust, 28” waist, and 36” hips, weighting 125 lbs. This distorted body perception is what we give our daughters to play with. Everyone knows that Barbie has everything a woman can want, a Corvette, a dream home, a tag along boyfriend who always has perfect hair, and a whole plethora of continuously smiling buddies. She even got a pair of underwear in 1998 that never ride up! What better a role model could a girl aspire to be?

To address the point that childhood obesity has become an epidemic and obesity is the antithesis of the projected ideal. This point is one I would agree with, it has become such an epidemic that the First Lady Michelle Obama has decided to address childhood obesity. Just as drug addiction is Betty Ford’s legacy, literacy is Barbara Bush’s legacy; childhood obesity will become Michelle Obama’s legacy. Just consider one fact, over eating is as much an eating disorder as is not eating, or eating and purging. Could the ideal body be so unobtainable, that some just stop trying? It is easier to sit indoors, and play video games about football, than it is to actually go outside and play football. It is my belief that childhood obesity is just another form of eating disorder caused by unobtainable body image.

How do we combat the never ending stream of advertisements that intend to make us feel shame? First of all, turn off the television, read a book, or do something that you enjoy, and that will reaffirm your worthiness. The realization that advertisers are just after your money, and don’t care what they do to your self esteem. This realization takes the power out of their messages, being able to disarm this “universal trigger” will improve the way you feel about your body and sense of self. The body image that we all carry with us is blessed with imperfections, and believe it or not, we all have them. If we do not love ourselves despite our imperfections, how are we to love someone else, realizing they have imperfections too. The mass media has shaped our self body image, in such a manner as to sell merchandise. Keeping these ideas in mind, pay attention to the ways advertisers on television, magazines, and other forms of mass media will attempt to make you feel unworthy, ugly, not smart enough, or just insert expression “X” into this sentence. Tailor your buying habits to counteract this manipulation of our children’s and our own feeling of self worth.